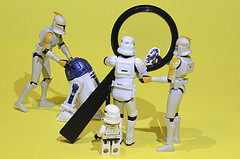 I received an email recently that contained an analysis of a high-profile Silicon Valley executive’s Twitter followers, as performed by PeekAnalytics. The request was to share the analysis with you, my readers.

Rather than reporting on a third person’s Twitter followers, I thought it might be more interesting (to me, at least) to take a look at a breakdown of my own Twitter followers. So I asked the PeekAnalytics team if they’d be able to run my account through their system. They agreed.

So what is it? PeekAnalytics is a social audience measurement tool that enables its users to gain a large and diverse assortment of actionable insights into both the audiences following specific Twitter accounts, as well as those audiences behind the tweeting of certain words, phrases, links, memes, hashtags, and the like.

Here’s what they were able to discover from my @ScottMonty account:


OVERVIEW
Mr. Monty's following skews decidedly male, at 59%. It also skews to the age 26-45 bracket, with that demographic accounting for 65% of his Twitter audience. Notably, over a third of his following is between ages 36-45 (about twice of the degree to which that age bracket is represented in the average Twitter audience).

The audience is also overwhelmingly American, at 75%; 11% originating from California, and 8% from New York. 7% come from the nation's automotive capital of Michigan. A very notable 60% identify as medium-to-heavy social networking users, with 18% identifying as heavy users.

What is the overall size of the audience in question?
Scott finds himself with about 92,000 followers as of the time we're pulling this report.

Average Network Size and Social Pull?
These two, unique to PeekAnalytics, metrics provide insight into how far a message can potentially travel throughout the social-media sphere beyond its initial tweeting.

Average Network Size is a PeekAnalytics insight which tells of the number of connections the analyzed account's average audience member has across all social media platforms. Mr. Monty's following finds itself with an Average Network a very notable 10X the size of that of the average Twitter user; with this account's audience finding itself with an average social network of about 4,000 connections.

Pull is a PeekAnalytics metric which takes into account not only the quantity of each audience's connections across 60 social networking sites, but also how active and connected, and therefore influential, those connections are. The @ScottMonty account's audience has 1037X pull.

What are the ages of this audience's members?
Consistent with the gender related age breakdowns detailed above, the audience heavily favors the age 26-45 bracket, with 65% falling in that category. 34% of the audience are between ages 36 and 45.
On the extreme ends, only 6% are between 18 and 25, which is less than half the degree to which that demographic is represented within the average Twitter audience. 29% are over age 45, and 11% over 55.

From where do these audience members originate?
The top country of origin is the U.S., with yanks accounting for 75% of the audience. But, the U.K. And Canada each provide a healthy 6% of the audience. Worth adding, 2% of Mr. Monty's audience comes from Australia.

As for states of origin, California leads with 11%, New York follows with 8%, and Ford's home of Michigan is very close behind New York with 7%.

In which industries do these followers work?
The portion of Mr. Monty's following consisting of those working in the automotive industry is nearly 2 ½ times the size of that in the average Twitter audience. This is perhaps no surprise, but is sill worthy of note.

Much more surprising, and proportionally more prominent, is the portion of the following working in the music industry, which is 4 ½ times the size of the portion which can be found in the average Twitter audience.

What of interests and hobbies?
Business stands out as the most noteworthy interest, with the portion of the audience identifying as having an interest in business being 1 ½ times the size of the average. Other prominent interests include automobiles, politics, and technology.

And, what of social use and social memberships?
60% of the audience identifies as being medium-to-heavy social media users. 18% identify as heavy users, which is a portion 9 times the size of the average. The remaining 40% identifies as light users (naturally, by following this account at all, they are at a minimum light users).


Typically for most average users and brands, it's difficult to discern any kind of data about their Twitter followers. Certainly the lack of targeting, as compared to Facebook's capabilities, makes Twitter less than ideal for reaching specific audiences. But when you consider that Twitter updates are often done as "spray and pray," not knowing who you're reaching, how many people see it, or what the potential reach is.

What I like about PeekAnalytics is that their tool goes well beyond the basics of audience location, age and gender and gets into interests and hobbies, behaviors and size and impact of the audience. While it doesn't allow me to target my updates to groups of followers, it does give me more confidence into the types of people I'm talking with on a regular basis.

If you've got fewer than 20,000 followers on Twitter, you can register for a free account on PeekAnalytics and start understanding who your followers are.

And of course, analytics aside, the good old @ reply is still the best way to engage with individuals on Twitter.