7 Ways the Sharpest Brands Are Using Videos to Engage Customers 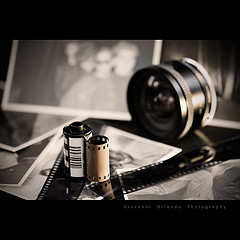 As brands worldwide realize how to use video for business, the focus has shifted from integrating video to developing visual content that’s truly engaging. The YouTube marketing specialists at Pixability recently conducted a major study of 200,000 branded videos on YouTube, and ultimately discovered that more than 50% had lunder 1,000 views. The platform has enormous potential, especially given the fact that YouTube users are 10 times more-likely to engage, embed or share content than on blogs or social media. Companies that succeed at winning the video arms race are those who bridge the gap between content that’s simply visually stimulating, and content that’s truly tailored to their fan base.

It’s not always about how long your content is, but really what you do in the time and space. “If brands can't get users to watch a 30 second ad, they can get [them] to watch a 3 minute branded content piece if it's done right,” states MyPod Studios CEO Jay Miletsky. He cautions against the temptation to oversell your products and services, but rather focusing on producing something that resonates. We’ve highlighted several of the sharpest ways to engage prospects online with branded videos:

Red Vines, an early adopter of Twitter’s Vine App made headlines in the social media community in January when they dedicated a vine video to responding to a Tweet from a follower. The six-second format provided a far-more personal message than simple text.
Old Spice, a brand known for incredibly-clever video content, recently upped the engagement on their branded YouTube channel by letting their fans dictate the direction of their campaign. Video marketing expert Rob Ciampa reports that by delivering videos in response to community engagement, the brand significantly increased their comments and shares. Even better, they increased sales by 107%:

The most effective way to generate engaging content may be literally developing videos on demand, in response to fan engagement. Studies of the most-effective brands reveal that they produce more content. The top quarter of brands on YouTube have an average of 181 videos, while the bottom quarter had an average of 29. Video lengths and production quality tended to vary, indicating that not every video you produce needs to be a magnum opus. The key to engagement across platforms could be allowing your fans to take the role of producers.

As one of largest search engine in the world, YouTube handles a wide variety of queries daily that range from the Harlem Shake to how to truss a chicken. People are there to learn, discover and connect with brands. It’s your opportunity to differentiate and educate.

Research by The Luxury Institute has confirmed that high-end brands are defined in the minds of consumers by superior craftsmanship, and a number of companies have stepped up to communicating this message through video content marketing. The behind-the-scenes look of a video provides a tool for brands to showcase the people and products who make their products possible, a tactic used intelligently by Louis Vuitton:
eCommerce specialist Amanda Dhalla writes that “video allows the brand to demonstrate the handwork and craftsmanship involved in their products...mak[ing] consumers feel their money is well spent.” By giving a behind-the-scenes look at how their purses and luggage are made, Louis Vuitton effectively differentiates without preaching.

One of the most-effective branded video campaigns of 2012 was produced by travel booking engine Expedia. The “Find Yours” series communicated a larger message of journeys in the face of adversity, by profiling people who’d lived the reality of marriage inequality and surviving cancer. The content wasn’t explicitly related to travel, but it did an effective job of communicating Expedia’s brand mission of a company that’s tied to values of boldness and independence.
According to Contently’s Chief Creative Officer Shane Snow, by ignoring their brand’s mission of selling more plane fare and hotel rooms, Expedia was able to effectively brand themselves and create marketing that didn’t feel like marketing. It felt downright inspiring and shareable, and that’s something we can all get behind.

4. Make Fun of Yourself

Many of us love to hate Internet Explorer (IE), and for some tech-savvy segments of the population, making fun of the web browser is a way of life. In a marketing campaign that’s nothing short of sheer genius, IE didn’t sweep their naysayers under the rug. They put a fictional individual front-and-center, utilizing social media to air some of the most-common complaints about the Browser. The move was gutsy, compelling, and probably made at least a few of us consider making the switch:
Internet Explorer could have used the almost 2-minutes in this video to tell viewers about their various improvements, but they didn’t. They engaged on-screen with someone who looked a lot like the audience they were trying to reach. It was pure genius, and certainly succeeded at making them much-more likeable.

Great marketing isn’t always inclusive. Sometimes, it’s a little bit divisive, a tactic brilliantly illustrated by Steve Job’s famous 1984 commercial, which defined a generation of Apple users as counter-culture and creative. Being able to tell your audience who they aren’t can be an incredibly-inspiring tactic, but it requires an in-depth knowledge of who they are first.

One of the best illustrations of this in recent months is seen in Coke Zero’s “Unlock the 007 in You” campaign, which had racked up more nearly 10,000,000  views on YouTube at the time of writing. An element of gamification is displayed as real people race through a series of obstacles, and only one succeeds. Coca-Cola is not the first brand to cast their customers as intrepid or above-average, but it’s a tried-and-true concept that consumers connect with.
As a bonus, Coke even let us go behind the scenes to see the making of Unlock the 007 in You.

Even though the series is several years old, BlendTec’s “Will it Blend’ campaign is still widely-viewed as one of the best video content marketing efforts and internet memes of all time. It’s difficult to pinpoint the precise appeal of the series. Is it the campy music and retro visual effects? The wacky CEO? The unsympathetic destruction of high-cost electronics by their industrial-strength kitchen blenders?

Regardless, BlendTec succeeded brilliantly at one of the most-significant challenges marketers face; casting the product as star without selling. The strength and durability of the product takes center stage, even though it’s really no more than a prop.

7. Let Your Fans Do the Talking

Dorito’s annual “Crash the Super Bowl” contest centered around fan-generated video content is the true winner, regardless of which team scores the most touchdowns in the big game. The most-recent contest, the 7th annual for the brand, generated over 100 million views, and 4 million new Facebook fans for the brand. It’s no understatement to say that the buzz surrounding the votes for the videos that would air during the Super Bowl is the kind of publicity that simply can’t be bought.

The natural virality of user-generated content was increased by the brand’s 2013 move from a micosite to a Facebook app, as previously unfamiliar parties discovered the contest from their friend’s activity. While the prizes for contest winners were envious, it’s clear that the buzz is the biggest prize of all. ComScore has discovered that user-generated video content increases share of choice by over 18%.

The fight to figure out how to use video for business in a way that’s compelling indicates that Gary Vaynerchuk’s quotation “if content is king, then context is god,” may hold more truth than we ever realized. The brands who are managing to develop an engaged audience on YouTube and produce content that thrives across platforms are those who produce compelling stories worth watching.

Author’s Bio: Helen Nesterenko is the founder of Writtent.com. She enjoys helping businesses create content their customers and prospects will love.