Instagram Does the Two Step - And Steps In It 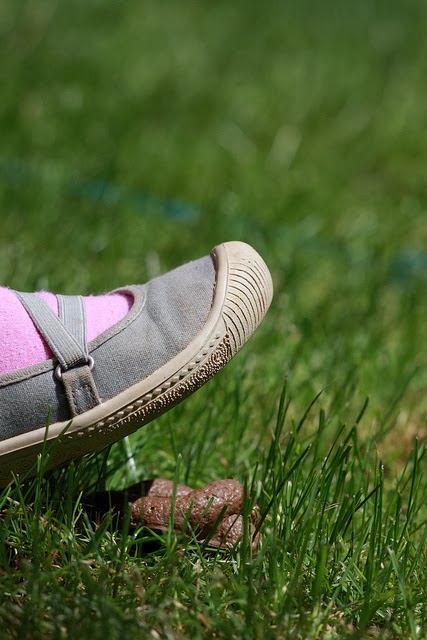 And just like that, the photo sharing app market is up for grabs.

It didn't seem possible just eight short months ago when Facebook announced that it was acquiring the fledgling hipster photo sharing app for $1 billion. Instagram was all the rage, and I've even heard from a number of sources that it is now one of the definitive social networks for the teen and tween demographic.

It's not too long ago (okay, in social media terms, it was eons ago) that Flickr was one of the major social networks. It was the photo sharing site of choice. Backed by Yahoo!, there seemed to be a bright future for this repository of images. But the rise of Instagram as a deft and light app that allowed seamless integration into sites like Facebook, Twitter, Tumblr and more made some wonder if there was a future for Flickr.

UPDATE: Instagram has posted a clarifying statement on their blog. More on that at the end of this article.

A Timeline of Events
With Marissa Mayer at the helm, it was clear that she was making Flickr a strategic priority (along with mobile and a a renewed focus on products). This happened in mid to late August.

Meanwhile, Instagram announced on November 5 that it was allowing web-based profiles of users and their photos, marking the first time outside of the app that user information and photos could be seen in one place. Clearly, Instagram was looking to expand beyond the confines of its app-based world.

In the ongoing three-way war, Twitter announced on December 10 that it was adding filters to its native app. This news was greeted with a collective yawn, The Verge went one further, noting that Twitter missed the point: "Instagram is winning because of the photo-centric community it has built." Remember that.

Continuing with its push to revitalize itself and remain relevant, on December 12 Flickr launched an update to its mobile app, complete with - wait for it - filters. But to many, the app was more than just filters. It was a more comprehensive way to connect with the community (see above), better integration with other social networks, robust discovery and an easy to use app.

Misstep #2:
These are the major players and some of the events that have been percolating in the public's mind when, on December 17, Instagram made an announcement that one publication is now calling its "suicide note": its Privacy Policy and Terms of Service will be changing on January 16, 2013 and among those changes, was the notion that Instagram can use your images whenever it wants for advertising and does not have to compensate you:

Our goal is to deliver ads and commercial content that are valuable to our users and advertisers. In order to help us do that, you agree to the following:

So right there, users can see that they have control over their content and that Facebook seeks consent. The same isn't clear on the Instagram ToS, if that's the case.

Looking at Twitter, they provide an interesting tip under the Rights section of their Terms of Service, put very plainly:
Twitter has an evolving set of rules for how ecosystem partners can interact with your Content. These rules exist to enable an open ecosystem with your rights in mind. But what’s yours is yours – you own your Content (and your photos are part of that Content).


"a world-wide, non-exclusive, royalty-free licensing (with the right to sublicense) to use, copy, reproduce, process, adapt, modify, publish, transmit, display and distribute such content in any and all media or distribution methods (now known or later developed)." [Taken from Twitter's ToS]

Did you know that? Does it change your opinion about what you share on these networks?


What are my options?
There has been no lack of uproar over the publicized change at Instagram. CNET wasted no time in divulging "How to back up your Instagram photos and delete your account." There are already a few publications that are looking out for you, giving you alternatives to Instagram, should you choose to leave.

CBS actually asks the question, "Should you be concerned about Instagram's new privacy policy?" and in doing so raises an interesting point about one of the items in the "Rights" section - and this is identical in both Facebook's and Instagram's terms:

"You understand that we may not always identify paid services and communications as such."


In my personal view, this is extremely dangerous and irresponsible, particularly when the Federal Trade Commission (FTC) requires disclosure of a paid sponsorship or endorsement. Again, I'm not a lawyer, but it would seem to me that not being transparent as to what is an ad and what is not, it not only puts the platform provider at risk, but could potentially risk getting the brand yanked into some kind of litigation.

And yet, through all of this, the Dude abides Flickr remains.


You see, in the end, it's not about filters. It's a matter of giving users choices about how they control their own data and how they can create new and interesting content. And it's about creating that community around the user base - as noted above. Well, the new Flickr app has created an easier way to connect with and identify others. I've personally noticed a rise in the number of contact requests I'm getting in Flickr as a result. So that ability to claim "community" as a defensible strategy for Instagram is showing some cracks. Still, one has to admit that being part of the billion-strong network of Facebook probably is helpful.


When you consider that Flickr gives you the ability to determine the level of rights and sharing on your own content - right down to being able to change the setting for each individual image - it's clearly heads and shoulders above the rest. Not to mention that for posts such as these, Flickr provides a handy embed code that tracks back to the original photo owner. We've discussed image usage, rights and the number of alternatives out there previously ("Picture This," August 29, 2010) and with Flickr's recent app changes, it's probably a good idea to give them another look.

Instagram is in the middle of a firestorm right now. We'll see how they choose to respond to the ongoing furor, whether users will leave for other services, or even if this will make Instagram (Facebook?) re-think their Terms of Service, thanks to user backlash.

UPDATE #1:
The Verge has clarified that no, Instagram can't sell your photos - but they can sell advertising against those photos on their site. Nothing new there, really. But it comes down to a lack of trust, according to them.

UPDATE #2:
Instagram's update:
To their credit, Instagram has been listening. Here are some excerpts from their post by CEO Kevin Systrom:


"it was interpreted by many that we were going to sell your photos to others without any compensation. This is not true and it is our mistake that this language is confusing. To be clear: it is not our intention to sell your photos. We are working on updated language in the terms to make sure this is clear."To provide context, we envision a future where both users and brands alike may promote their photos & accounts to increase engagement and to build a more meaningful following. Let’s say a business wanted to promote their account to gain more followers and Instagram was able to feature them in some way. In order to help make a more relevant and useful promotion, it would be helpful to see which of the people you follow also follow this business. In this way, some of the data you produce — like the actions you take (eg, following the account) and your profile photo — might show up if you are following this business."

Systrom has made it clear that users still own their photos (as we noted above), and in that respect, nothing has changed. Of course, you still allow Instagram to use them any time, anywhere and to use them in advertising.

UPDATE #3:
So it would seem that Instagram's blog post did more to muddle than clarify things. Kevin Systrom has now made a second update on the Instagram blog. As a result, Instagram has reverted to its original advertising terms and has stated very clearly:


"Going forward, rather than obtain permission from you to introduce possible advertising products we have not yet developed, we are going to take the time to complete our plans, and then come back to our users and explain how we would like for our advertising business to work."

That should satisfy anyone who was in an uproar about things. For now.


What strikes me as a lost opportunity is this: why hasn't Instagram - which admittedly states that they're in business to make money - offered users the opportunity to become affiliates? That is, if Instagram sells an ad with a user's image in it, why shouldn't the user get a percentage of the advertising that he or she helped to sell? Amazon is the best example of this. Think of the loyalty and following Instagram would have if they tried that.