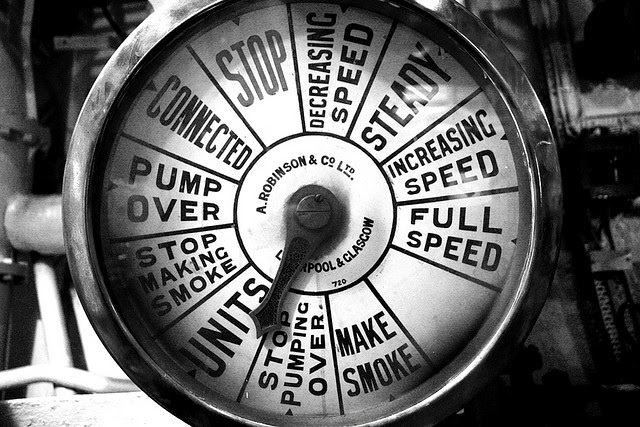 The marketing world seems ablaze with so-called "content marketing" ideas lately. Everywhere you turn, it's content-this, content-that. There are conferences that are specifically dedicated to content marketing. I've even been guilty of saying that content is the currency of social.

With such ubiquity of content conversations, it should be easy, right? Not so fast. Plenty of marketers are guilty of simply taking their television spots or other existing assets and spreading them across the web, mistakenly believing they're creating content.

There are two things wrong with that way of thinking. The first is that such a scatter shot approach is sloppy marketing; it's the antithesis of targeted marketing, which should be easier in this era. Consumers tell us so much about themselves and we should have enough information to be able to find which of them we should be speaking with. The second is that it's lazy. In addition to finding the right audience to speak with, we also need to create content that is specific to them. A one-size-fits-all approach simply will not work any more.

But when you actually need to churn out content - good content - on a regular basis, whether it's for a client, your employer, or just as a hobby (like this site), it can seem as if it's a huge weight on your shoulders. No one has captured the sheer angst better than the very clever Matthew Inman of The Oatmeal with Some Thoughts and Musings About Making Things for the Web.

You may have noticed that I haven't posted here in a while. My writing frequency here has slowed in the last year for a number of reasons, the first being simply a lack of time, due to the demands of my day job. The other is that I've made a conscious decision only to post content when I feel it's of a significant enough quality to deserve your attention. Even if I had the ability to crank out daily posts, I don't think I'd be giving every single post the thought that it deserved.

As the calendar begins to flip from November into December, I looked at my site and noticed that October 3 was the last date I created something of substance here. And it really bothered me that I haven't been able to come up with anything to fill the void in that time. Then, on a whim, I took to Twitter. I asked:


And one of my followers came to the rescue:


Now I'll admit, that my first response was to dismiss it, saying that I could only manage 140 characters at a time. And then I thought, "Writing about not being able to write? How meta." But then I thought about it for a little bit, and a few jumbled ideas began to formulate in my head, and even as I'm typing this out, I'm finding them beginning to congeal into some categories.

Here then are some thoughts on creating content in today's always-on world. Rather than a how-to guide, these are simply some observations on what impacts the process.


Eliminate distractions, but invite diversions
It's entirely too easy to feel the lure of social networks. The immediacy of Twitter, the connectedness we feel with friends on Facebook, the endless boards of pinned images on Pinterest and the hipster art on Instagram - these are all false idols when it comes to creating content. We're more likely to be consuming content on those sites. As such, they qualify as distractions.

But just as the martial artist knows how to absorb energy from an enemy's attack, we too can learn to pivot with these tools. Asking a question on Twitter as I did was a diversion rather than a distraction. While my question focused on the challenge I was having, it allowed me to focus on the conversations instead.

Over on Facebook, you're probably likely to have surrounded yourself with people who share your hobbies, beliefs, geography, etc., and therefore you may not be inspired by a diversity of thought. Seek out people you might not have interacted with in a while. Change your feed settings from Top Stories to Most Recent. This will mix up your content a bit. You can also create Interest Lists and visit these customized feeds with a specific purpose in mind. These small actions could provide a little variety to what you're seeing and from whom.

Understand who you're trying to reach
Kind of a no-brainer, but when you're tasked with creating content that needs to live somewhere, it's a good idea to know a little bit about that somewhere and the people who frequent it. It could be your corporate website, a Facebook page, recipients of a white paper or email, viewers of a video, etc. If you don't understand a little bit about them, you may miss the opportunity to connect with them. Based on previous interactions, what kind of content do they like? Have they indicated other brands or interests that matter to them? What have their comments told you? All of this should help fuel the content you're making.

Look to industry leaders
There are others who are doing this well. Let them inspire you. About a year and a half ago, Mashable took a look at a handful of leaders in content marketing (How 3 Companies Took Content Marketing to the Next Level), highlighting Mint.com, HubSpot and American Express. And just this week, Forbes ran a piece titled 5 Big Brands Confirm That Content Marketing Is The Key To Your Consumer. Their list was made up of Virgin Mobile, American Express, Marriott, L'Oreal and Vanguard. All respectable brands. But one stood out to me.

American Express was on both lists, a year and a half apart. What allowed them to not only keep on this endless treadmill, but to be leading the way? When you look at what was covered, you can see an interesting evolution or expansion of their content strategy: the first article looked at their Open Forum network. What they created was an infrastructure in which content could thrive - content that American Express itself wasn't necessarily producing. Sure, they had to lead editorial direction, but in the end, the content was provided by the community. The content and the community have become intertwined and serve as the value that site visitors are looking for.

The second article looks at American Express Unstaged - a series of livestreamed concerts and exclusive videos. Again, Amex has leaned on the creativity and content expertise of others - in this case, entertainers - to provide a semi-exclusive experience for their members. The work is really around the event creation, contracts and infrastructure to give a place for the content to happen. They themselves aren't creating the content; they're relying on others.

Content needs coordination - it's only going to get more serious
In my day job as the global head of social media for Ford Motor Company, I see how many teams are working on a variety of content (and frankly, there's lots that I don't see, simply because there's so much). But the point is that we have teams of people whose job it is to create stuff for the web. And yet, there's no one minding the store. There's no central individual or team that has a sense of all of the content that's being generated and how it all fits together. Transmedia has been another buzzword of the past year; ideally this doesn't mean the same content on every platform (see above), but rather a story arc that unfolds using a variety of platforms, each for its own unique purpose. A tweet leads to a video that leads to a website... You get the idea.

The practices of marketing (where content is highly produced) and communications (where content is quickly produced in response to external forces) need to coordinate more than ever before in the post-content marketing world. David Armano of Edelman recently looked at how Brands Will Become Media: Here's How, noting the need for a social-creative newsroom that is comprised of a variety of talents, including editors, community managers and creative producers.

Similarly, back in April, Jeremiah Owyang of Altimeter Group took a look at The Future Career of the Corporate Social Strategist (you can bet that I was interested) and had three potential paths: rise into the head of customer experience, foster or lead a new role in content strategy, and move into program coordination - or dissolve the role completely. Simply by noting the average number of corporate social network accounts, he demonstrated the need for consistency, but he went further, reminding us that content goes well beyond social.


There's much more to think about in the churn and burn world of content. But these are a few of the elements that came together as I was trying to accede to the pressure I put on myself to write.

What helps you to overcome writer's block or content block? And how can we all become better content marketers? Drop a note in the comments section to help us all learn together.