Menu
Home » Ford » news » social media » How Will Ford Go Further with the Launch of the 2013 Fusion?

How Will Ford Go Further with the Launch of the 2013 Fusion? 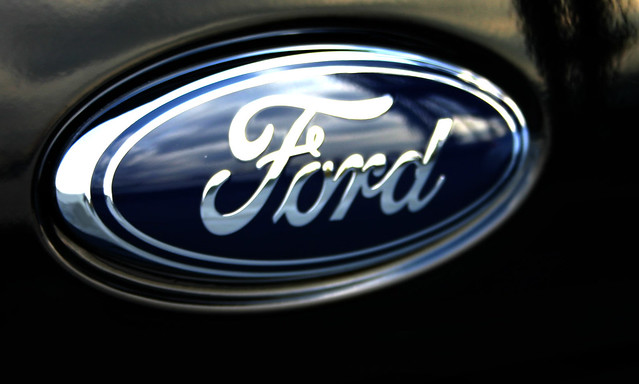 I've been fortunate to be part of some amazing vehicle reveals and launches that involve social media during the four years that I've been at Ford. Each of them has involved a number of teams of very talented and smart people working on cutting edge ideas, as we've collectively pushed the boundaries for how it's done. Or, as MediaPost recently observed, Ford "could probably publish a textbook on social-media launch strategies for cars and crossovers."

Well, we're about to do it again for the launch of the 2013 Ford Fusion, which we revealed at the 2012 North American International Auto Show, where we debuted it to 2,500 media, including 150 bloggers we hosted from around the world who produced some amazing content. Now, I'd like to share the next steps in Ford's unique approach with you.

But before I do, a quick word. While I'm often associated with much of the success of these big programs, the credit really goes to our Brand and Content Alliance team, led by my colleague Crystal Worthem and her very capable agency at WPP's Team Detroit. They are so full of energy and ideas and are the sparking plugs and engine behind the groundbreaking programs like Fiesta Movement, Focus Rally, Escape Routes and now, Random Acts of Fusion.

Working for a company that is considered by many to be a leader in social media means that one of the greatest challenges is not only remaining ahead of the competition, but constantly besting ourselves. Our teams are always trying to find the next big thing, while keeping an eye on where the masses are and remembering to stay true to our core beliefs of social media at Ford:
Further, we recognize that human nature involves some fundamental traits that drive our activities:


With this in mind, we have constantly developed programs that express those beliefs, whether they were part of the BCA efforts mentioned above, or being the first automaker to reveal a vehicle on Facebook, as we did with the Explorer in 2010.

Random Acts of Fusion is a first of a kind for us. It's a transmedia campaign - one that uses a variety of platforms to tell a story across all of them. It's a style of marketing that you'll probably hear quite a bit more about in the near future, as many brands are in the midst of exploring or executing transmedia campaigns.

Why Transmedia for the 2013 Ford Fusion?

The 2013 Fusion is a transformative vehicle for Ford: it is clearly an exciting and well-designed mid-size car, which has traditionally been a fairly bland segment in which "just enough" has sufficed. The Fusion's design has been widely praised, and three engine styles - gas, hybrid and plug-in hybrid electric - will give consumers an unprecedented choice of great fuel economy. And the technology interwoven throughout the car is mind-numbing for any category, let alone the mid-size. It is the most significant vehicle Ford will launch in 2012.

For that reason, we needed to ensure that we took our launch strategy to another level. Random Acts of Fusion will (dare I say it?) go further than our previous efforts and will contain a series of immersive entertainment experiences combining a variety of broadcast, social media and digital platforms. Each will build anticipation and will require the participation of everyone in order to get to the next level. 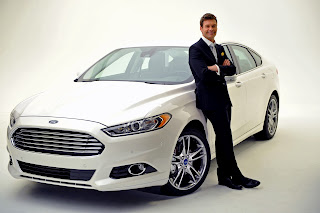 In order to help us gain a little more attention and attraction, we've partnered with none other than Ryan Seacrest, who'll be working with a couple of other personalities to develop this story. Along the way, you'll see some Big Acts that involve a limited number of participants who'll be chosen after they submit some key user-generated content; Pop-Up Acts that will, uh, pop up around the country this summer (you never know where we might show up!); and some very special and select Fusion Moments that will surprise and delight our fans with Ryan's help.

But until then, the content and website are all locked up, requiring participation in order to unlock them. All of the content and experiences are designed to take people to unexpected places in big and small ways and the story arc will play out over time, beginning now and running through the early fall.

We've kicked it off with this video on the Fusion Facebook Page:

I'd love to tell you the specifics, but this is one of those cases in which everyone needs to participate in order for everyone to make the journey together. Without your help, we can't unlock the stories. But trust me, what we've got in store is going to be fun, consistent with the high quality content and human interaction people have come to expect from Ford, and above all, completely unique.

I hope you'll join us on this fun trip. If all goes well, this will be another case study for the books and something that we'll all be able to learn from. If you find this compelling or have questions, I'd appreciate your comments. And by all means, share away!