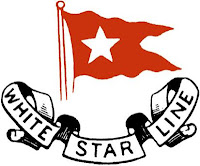 Today marks 100 years since the R.M.S. Titanic sank in the North Atlantic, taking the lives of over 1,500 souls  with her in those icy waters. And over the last year or so, the commercial side of the enterprise has been heating up at an amazing pace.

The Titanic has always had an allure about it - an amazing feat of engineering that was brought down on its maiden voyage, tales of heroism and chivalry (women and children first), class struggles and unforeseen safety needs. Indeed, it now stands as one of the greatest lessons of all time of man's hubris in the face of nature, and will forever remind us that we need to plan for the worst possible contingencies despite our confidence in our own technological advances.

Naturally, the 100th anniversary brings about its own special observance from longtime admirers as well as those who may have just discovered the story. The Wall Street Journal tallied some of those events and products ("Down So Long It Looks Like Up to Titanic Business 100 Years Later"), such as viewings of A Night to Remember, memorial celebrations in significant locations like Belfast, Southampton and Cherbourg, a Titanic fragrance from salvaged samples of essences carried by a perfume maker who traveled on the ship, recreations of the meals, and much more.

But one of the more creative acknowledgments of the anniversary has to be from The History Press, a British publishing company that started the @TitanicRealTime Twitter account to chronicle the progress of the ship as if sent from aboard the ship itself. The tweets began exactly a month before and have picked up pace on the last day of the ship's voyage on April 14-15.

Each of the tweets is hashtagged with the appropriate person or category of people aboard from which it would have come. For example, crew members, officers, engineers, the captain, first class passengers, Thomas Andrew (the ship's builder), the bandleader, passengers in the lifeboats, the Carpathia (the ship that rescued the survivors) and more all have their own hashtags. And as the events unfold, we're able to witness the observations firsthand - sometimes very eerily.

Here are some representative tweets from the account (which has over 400 in total):

A chilling and haunting reminder of what happened that fateful night. It's amazing to think of all of the engineering advances that went into what was then the largest moving object in the world. There are a number of things that went wrong on that voyage that led to the death of so many - the way the instructions to port round the iceberg, the reversal of the engines, the safety regulations that didn't keep up with the advances in the ship's size, the speed with which the ship sank, etc. But just in terms of the advance of communication, the Marconi wireless that they had on board seems so primitive compared to what we have at our fingertips with smartphones every day now. Think of how different the outcome might have been with better communication tools!

May we be thankful for what we have at our disposal today and forever remember the passengers, crew and officers of the Titanic.

I leave you with this short playlist of songs that were said to have been the last played by the band as the passengers assembled for lifeboats: "Song d'Automne" and two different versions of "Nearer, My God To Thee" from the 1958 film A Night to Remember and of course the 1997 film Titanic.


In addition to those heartfelt notes and tragic images, I also like to listen to Gavin Bryar's very odd and mesmerizing album The Sinking of the Titanic, with its haunting sounds of creaking metal, muffled voices and wistful strings. Disclosure: this and the links below are affiliate links, so you help me earn money if you purchase them.

--
To learn more, check out the Titanic Historical Society or the Titanic Museum Attraction in Pigeon Forge, TN and Branson, MO . And don't forget to visit The Henry Ford for their Titanic exhibit running this year.