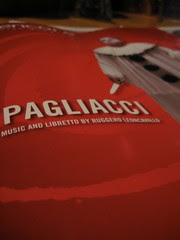 Often times, we use humor to find common ground. An observational comic can take the everyday mundane things and makes make them seem funny with a unique spin. Or slapstick teams use physical gaffes to go for the primeval notion that when someone else gets hurt, we laugh. Comedy on the heels of tragedy helps forge a bond for those who have suffered together, in an effort to pull them through.

But in attempting to use humor, it's important to realize that it's all based on perspective. When a brand or a cause attempts to use humor - especially in the age of social media, where information, rumors and outrage fly fast and furious - it has to be used carefully.

Now that's funny
There are plenty of positive examples out there. One of the most prominent examples in the past year or so has been the Old Spice Man efforts. By using video and going almost for the absurd, "the man your man could smell like" leaves us wondering "I wonder what they'll do next?"

Super Bowl ads tend to be laced with humor, and this year was no exception. But the one that stood out for most, especially with its early airing on YouTube was the Volkswagen commercial The Force. The familiar "Imperial March" from The Empire Strikes Back, combined with the ridiculously large Darth Vader helmet on the boy's tiny frame, along with the universal frustration we've all felt at trying to bring to life our make-believe dreams all come together to create one of the most memorable and funny ads in recent memory.

Ford (my employer) has attempted something this year that has been successful in its own right as well: the Focus Doug campaign, featuring a wise-cracking orange spokespuppet that is anything but politically correct. Directed by Paul Fieg from The Office, Freaks and Geeks and Arrested Development (disclosure: http://cmp.ly/5) and starring John Ross Bowie and Paul F. Thompkins, the videos were aimed at a particular audience that appreciates the improv style and straight-man vs. envelope pusher. The series was designed to showcase product features using humor and situations, rather than simply highlighting product features. As an example, here's how Ford demonstrated the text-to-voice functionality in the 2012 Ford Focus:

Even the recent Roast of Charlie Sheen, hosted on Comedy Central, was successful in its use of humor. You might ask "Why? All people did was cut each other down with their remarks." Well, the point of a roast is that you're supposed to say funny and insulting things about the people there, but everyone is in on it; they understand that being roasted is partly about being able to be the butt of a joke for the sake of entertainment.

This? Not so much.
When a brand or a cause tries to use humor at the expense of others - especially when the others aren't part of the creative process - it can be harmful. Here are a few cases in point:

Ragu
Earlier this week, Unilever brand Ragu reached out to a number of dads and moms online to get their opinions on cooking. C.C. Chapman saw the video and wondered if Ragu Hates Dads, following it up with some free advice and finally recounting his interaction with the brand manager. There was lots of discussion about Ragu's approach, with some not seeing any harm in it. The thing is, C.C. is a dad who cooks for his kids and he didn't take the stereotyping lightly. Opinions fell on both sides, but it was clear that brands need to consider how they're using humor if they're concerned about their reputation.

The Onion
When is it okay to joke about matters of national security? Never, apparently. Even if you're a news satire site like The Onion. This week, the parody outfit tweeted that there was an emergency in Washington, DC:

Needless to say, this wasn't taken lightly. From news organizations to the Capitol police themselves, people were upset - probably not only at their level of gullibility but of the insensitivity of The Onion to stoop to using humor around a scary topic in this post-9/11 world.

The Next Web
Today, as I was on my treadmill, I shared a link with Mark Horvath, an advocate for bringing attention to the problem of homelessness. The link was to a story on The Next Web about a homeless man who is using Square to accept credit card payments. At first, it sounded like someone in Mark's circles, who like Mark, was innovating in this age of advanced technology. Then I actually took a closer look at the article and watched the video, and it was clearly a fake.

Whether the fake video was designed to bring more awareness to homelessness or simply exploited the homeless issue to be funny, it clearly did more harm than good, as noted in a tweet by a follower:

If you're responsible for a brand or a campaign, the next time you think about humor and its spread online, it may be helpful to think about the subject of the joke. Humor should not be done at the expense of others or in a way that can be misinterpreted. It may turn out to be something that isn't so funny for your brand after all.

Do you have any similar examples? Please consider sharing them.