The Real Strategy Behind Google+ 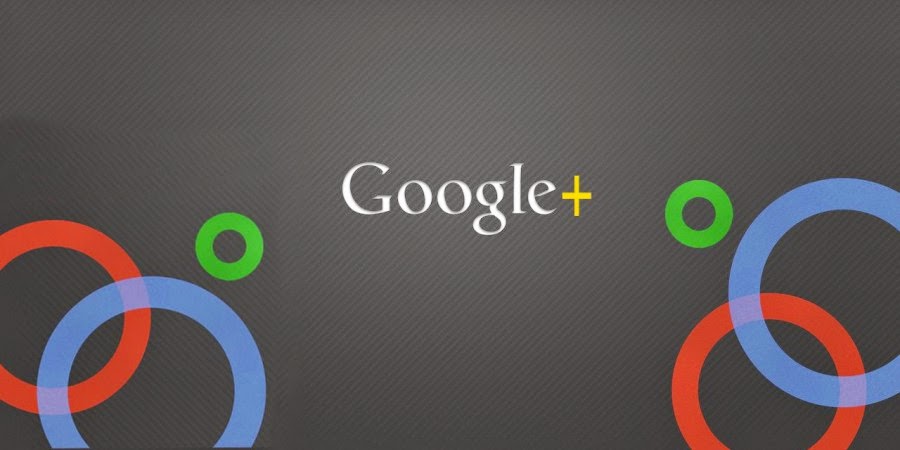 In case you're coming out from the rock you've been living under for the summer, Google+ arrived on our digital doorsteps in early July - but only for limited field testing. Yesterday, it was announced that Google+ had finally been released as a public beta, meaning that you no longer require an invitation to join the network. The announcement was certainly strategically timed, with Facebook's f8 developers conference scheduled for Thursday - so strategic that Facebook itself made a few announcements early.


Before I get into some of the specifics about the new platform, I'd like to share with you why I think it's different from Facebook and why I think it makes sense to pay attention to Google+ rather than dismissing it out of hand as others have done (even prior to the public release, may I remind you).

Not Just a Social Network but a Common Thread
When Facebook was created, it began as a private network only available to individuals with .edu email addresses. As it slowly and deliberately expanded, it kept growing from the inside out. It was truly a big deal when Facebook Connect was introduced, as it became the most significant way that Facebook was making an attempt to integrate with the rest of the Web. And Facebook's own mission statement, "Giving people the power to share and make the world more open and connected," is consistent with this inside-out approach to growing its platform.

Google, on the other hand, has gone about things in a different way. There are dozens of Google or Google-owned products and services that span across the web. And while Google+ has begun as a social platform that acts a bit like Twitter and a bit like Facebook, it has the ultimate potential: to be able to bring these disparate parts together in a much more integrated fashion.

Some of the Google products that you may know and use include:
Not to mention everything related to search - News, Blog, Book, Realtime, Images, Videos, Patent, Product, Finance and more...

When you think about the power of all of those being woven into a single social platform, the possibilities are endless. The analytics alone would be enough to catch my attention. Although, as a regular user of a number of those services above - including Blogger, Gmail, Reader, Docs and more - I will admit that I'm predisposed to liking it.

Back when I first started thinking about the potential integration of services, began to see articles like this one from TechCrunch ('Gmail+: Google Already At Work On "Several" Gmail/Google+ Integrations'), which is why I continue to be excited about it.

For a really nice visual exploration of what G+ is - as well as a creative use of the platform for storytelling, take a look at this photo set from Vincent Wong: 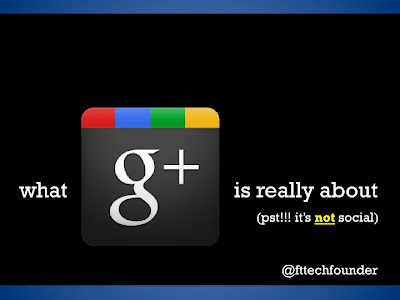 An early watcher developed a blog called PlusHeadlines.com and developed a point of view titled "How I See Google+ as Unique" which is worth looking at as well.

What has been fascinating to me is how the Google+ team has fanned out across the platform not only to observe how people are using the site, but to interact and engage with them. The Hangout group video chat feature has been particularly helpful as they've had some interactions with me and my team, for example. And in doing so, Google+ is changing right before our very eyes, making near-realtime tweaks based on customer feedback. The product has been live for 90 days and they've made 91 documented changes.

Just yesterday, along with the announcement that the platform would be public, Google+ also announced eight other improvements to the service, including:

The last one was a particularly sensitive improvement, as Google was taken to task for being a search engine company (even though it's much more) that didn't integrate search into its platform. That has been amended.

How Does it Work?
Rather than me trying to explain what it is, I'll leave it to the Google+ team to explain it directly via video. I've created a playlist that includes a quick look at the overall system, Circles, Hangouts, Instant Uploads and Messenger:

Circles really are a nice feature of the platform. They're intuitive, you can name them whatever you want, put people in more than one, move them around easily and are visually appealing to play with. They do take a little while to get used to and can be overwhelming, but my advice is to pay attention to them and create your Circles early, to help you think about who you're listening to and posting to. It will save you a lot of trouble down the line.

When you begin posting on Google+, one of the major benefits it offers is that you can target your updates to certain Circles, individuals or the public - and your post can be of any length. I've seen examples of short, Twitter-like updates both with and without media attached (such as photos, videos or links). And I've also seen extraordinarily long updates that are more blog-like in nature. The beauty of Google+ is that the platform is completely flexible depending on what you need.

Other features that make it user friendly include the ability to block a person who may not be welcome in your Circles (you don't have to follow everyone to see their updates - they can post on your site; blocking prevents that). Also, there are a number of rather "noisy" individuals who not only post frequently, but whose posts are commented on to a high degree; if you've commented, you'll be repeatedly notified of the updates. A way to prevent that is to "Mute" the post. A rather handy trick.

Resources & Getting Started
So by now you've either left the page out of sheer boredom or you've gone off and started an account. Either way, I can't blame you. But if you'd like some help as to how to go about getting things set up and looking for some pointers, you've come to the right place. I've developed a list of resources to at least get you grounded in what's in store for you and some best practices.

I highly recommend using a Chrome browser if you plan on using Google+, primarily because of the extensions you can add onto your browser for additional functionality, such as toolbar notifications, collapsible posts, integration with Facebook and Twitter, and more.

For your convenience, I have compiled all of these resources, as well as a number of others with a Google+ tag on my Delicious page. This will continue to update as I find relevant information.

Sounds Great! I Need One for my Business
Not so fast! At this time, Google+ is only open to individuals. For just about every business and website that joined when it first went live, Google asked the owners of those accounts to revert to using their names rather than their businesses. The sole exception was Ford Motor Company (ahem). We have a strong working relationship with Google and together we determined that Ford could act as something of a test account to help discern what features would be helpful versus awkward for a business account.

Google+ has publicly stated that they are working on a version for businesses; the timing hasn't been announced at this point. But they have said that the reason they're waiting is because they'll be able to better understand and serve the business population with a product that is specifically built for business purposes rather than trying to force fit brands into personal profiles.

One other outcropping was a debate that raged (and perhaps is still raging) about Google's insistence that individuals use their real names as part of the service. There were many people who were upset about it, but Bradley Horowitz from the G+ team outlined a number of consideration points in a post on his account.

Update (February 10, 2012:
This is a presentation I gave earlier this week to talk about the importance of Google+ to marketers. Please have a look.


What Google+ Means for Marketers: A View from Ford's Experience

Your Thoughts
So there you have it. This is a post that I had been meaning to write - at least the introduction of Google+ and its implications - for the last two months. Now that it's public, we'll have a lot more to discuss and to watch, I'm sure.

In the meantime, if you would like to add me to your Circles, I would be honored.


So, what do you think? Are you ready to jump into Google+ with both feet? Or are you just fine where you are?
--
Posted by Scott Monty
Labels: Google, Google+, social networks, strategy
at 1:46 AM