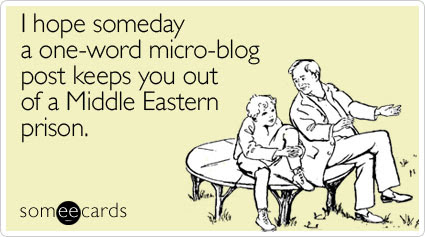 It's almost like a rite of spring. Every year, pundits proclaim the death of blogging.

As far back as 2007 ReadWriteWeb was asking the question. In 2008, it was Wired, wondering if the rise of Twitter, Facebook, Flickr and the like would be more en vogue for individuals, who were getting pushed aside as the conglomerate professional blogs were beginning to take prominence. In 2009, Copyblogger declared blogging dead (again) but noted that it would continue to live on. Just last year, Problogger debated the role that email played in all of this, and concluded that it's not an either/or decision.

And now that we're into the third month of 2011, it's time to start the prognosticating once again, led by none other than the New York Times. Of course, it's not the platform that's under scrutiny as much as the users, the younger contingent of which are simply too unfocused and undisciplined to be able to focus on long-form content. We recently covered something of this when we discussed the changes in Facebook's messaging system and its lack of subject line.

Another way to look at this is to separate the message from the medium, as Om Malik does on GigaOm. His contention is that it's the content that matters, and the platforms are simply the ways we connect with each other. But Malik won't have us count blogging out - there's still plenty of room left for long-form content.

Julie Roehm parses out the numbers from the Pew Internet and American Life study that were mentioned in the New York Times article, finding that there's a great disparity in how different generations consume content and that the older we get, the more likely we are to spend time on longer form content.

Where will this lead us? Are we doomed to sound bites, tweets and trite self-absorbed updates for the foreseeable future? Do we need to force-fit blogs to become more snack-sized as we Tumblrize the world?

For the marketers among us, we need to be prepared for all eventualities in this scenario. Which means the need to cater to the attention-starved while still supporting more in-depth content that conveys a deeper meaning with more context. For example, this would mean creating catchy headlines and could entice views of blog posts or videos. It would also mean creating shareable and embeddable pieces of content within those other formats - content that can live on its own and effectively convey your message.

The bottom line is that as content creators, we face more choices than ever in how we need to convey our stories. Consumers' preferences are more fickle than ever, so we need to prepare for their changing tastes while unraveling the Gordian Knot of how to engage them more fully.