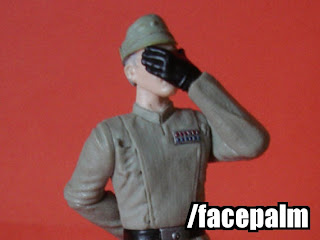 It seems that every time Facebook makes a change, it's a major gaffe. With Mark Zuckerberg being named the Time Person of the Year for 2010, you would think that there would be a little more thought that goes into the company's approach to privacy, major UI changes, and how those are communicated to the very people those changes affect.

Just two months ago, Facebook made news with its rollout of new Groups, which Zuckerberg claimed would be "giving you more control." A press conference at Facebook's HQ was livestreamed, people seemed to be intrigued and Facebook got high praise for a smarter approach to filtering out the noise and paying more attention to privacy.

However, as it goes with some celebrations, the revelers awoke the next day with a bit of a hangover. It was discovered that Facebook members could add each other to groups without their consent. Hence, Mark Zuckerberg joining the North American Man-Boy Love Association was meant to prove that even the CEO of the world's largest social network wasn't immune from privacy violations under the new system. He managed to leave the group, but not before the damage was done. People quickly realized that the new Groups settings gave them less control, not more.

But more importantly than the privacy violations was how the company communicated it. As pointed out on the BlogWorld  & New Media Expo blog, there was no documentation on how to use the new Groups feature; the notifications features were turned on by default - meaning that many people were hit with a wave of email notifications about being added to groups; and that groups seemed to be governed by the many rather than by the individual who created them.

That's a lot to chew on with little to no warning that such a fundamental addition is taking place. It seems that Facebook wants to act like that other darling of Silicon Valley and social media geeks everywhere, Apple. When Steve Jobs calls a press conference, it's shrouded in secrecy, with rampant speculation about what new gadget (one that I want but don't need), upgrade or pricing strategy will be announced. But the difference is that Apple's announcements mainly deal in hardware. Facebook is a communications platform (web-based software) and the changes that are made to the interface immediately and drastically affect millions of people - people that don't have a choice in these changes.

As a communications professional, I would argue that it requires complete and deliberate transparency when communicating with your user base. This is not the time to be playing guess-what-we-just-did with your customers. Time and again, Zuckerberg & Co. have been taken to task for poor communications with Facebook users, yet the same mistakes seem to be happening.

The Great Page Debacle
And then yesterday around 4:00 p.m. EST, there were some strange changes to Facebook. Suddenly, without notice, many administrators of Facebook pages realized that the tabs we're all used to seeing simply disappeared - without notice. After the panic subsided, the links were visible in the left column, but the filter function was nowhere to be found and it was noted that you couldn't have tab as the default landing site. I began to wonder if Facebook was doing the same thing all over again.

A quick check of Mashable showed the accident being chronicled throughout the afternoon and the changes that were apparent, before this update became available from Facebook itself:

While it reassured me to know that Facebook hadn't fallen into the same lackadaisical communications pattern as it previously had, it left me with two major concerns:
1) Will the prototyped Pages and their functionality change at all, and will that involve feedback from the very community that will use those pages? And when it does roll out, will it be communicated to members in a clear way, with plenty of advance notice?

And more importantly:
2) If such an update can go live to 500 million people at once, is there a "publish" button near the lobby door at Facebook's headquarters that gets accidentally pushed?
Or, as John Wayne once said:

Disclosure: My employer (Ford Motor Company) has a relationship with Facebook. The above opinions are my own and do not reflect those of Ford.