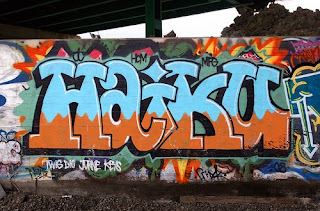 When genuinely pleased or angered, customers express their feelings in a variety of ways. As someone who works for a large company, I'm accustomed to seeing tweets, blog posts, videos, photos and even entire sites built to convey a strong reaction.

But how many use poetry to make their points? Last week, Aaron Strout (@AaronStrout) approached a group of bloggers with the notion that we should create haikus of brand experiences we've had. And while we debated whether these should or would take the form of positive or negative brand experiences, it quickly became clear that most of us would likely be writing on positive experiences.

One of the reasons for this would seem to be that it takes quite an effort to compose poetry, therefore it's more likely that a brand loyalist would take the time to go to that length. It's probably summed up a little more eloquently by William Butler Yeats who wrote, "Out of the quarrel with others we make rhetoric; out of the quarrel with ourselves we make poetry."

Since I'm associated with a fairly well-known brand, I've decided to create my haiku for Ford:

In the multiple blogger batting order, my post was preceded by Tamsen McMahon (@tamadear) and will be followed by Sydney Owen.

Do you have a haiku of your own? Feel free to share it below.