If you're even remotely familiar with Twitter, you know what a hashtag is. Or at least you'll know what is meant when a # is placed in front of a word.

On any given day, if you take a look at the trending topics on Twitter, ( a good service for tracking that is tweetstats.com/trends) you'll be treated with a barrage of those mini tic tac toe symbols, resulting in words, phrases and acronyms that ostensibly stand for something. And they come in a variety of topics.

If you're ever in doubt about the definition of a certain hashtag as it flits by your screen, simply pay a visit to wthashtag.com (as in "What the Hashtag?"). There's a directory there. And if you're inventing one, it's a great place to document what it means so that others can discover it.

Hashtags can be a very helpful way of discovering content that you wouldn't normally see. Typically, you're most likely to see the tweets of the people whom you follow. But by using the search function within Twitter - available on twitter.com as well as search.twitter.com and within a number of third party apps - you'll begin to be opened up to wider and more varied conversations.

It's especially handy when you're hosting or participating in a Twitter chat. I've actually been asked by PBS / MASTERPIECE Mystery! to host a Twitter chat on October 24, with the hashtag #sherlock_pbs. Feel free to read about it here. I'll have a TweetGrid set up so that I'll be able to search for specific terms.

That's essentially what hashtags allow you to do - it's a saved search of sorts. So even though one of the largest trending topics of all time is Justin Bieber (according to TweetStats, above), typically #justinbieber is also tied to that search. So if you clicked on that dreaded hashtag, you'd see tweets from millions upon millions of people you wouldn't otherwise follow.

And if you're actually trying to get work done and you follow a Justin Bieber fan (why??), you might run into a problem something like this: 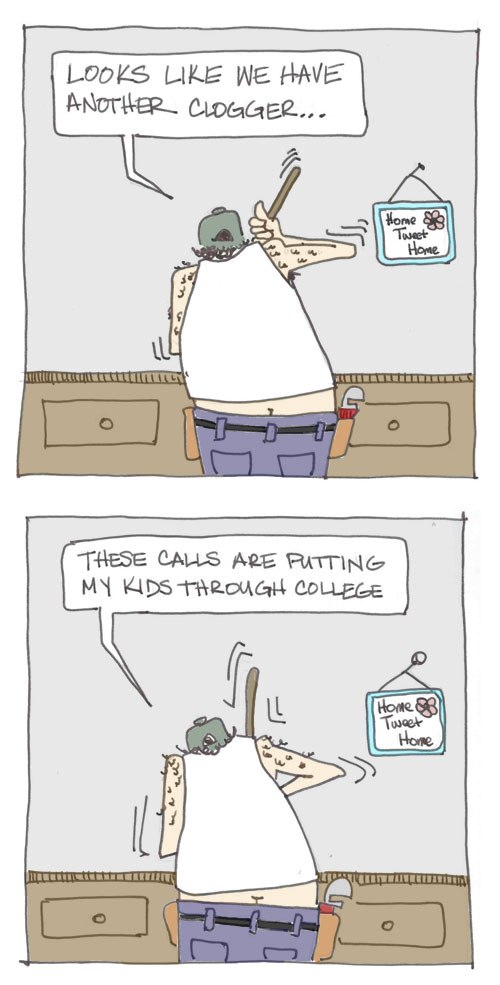 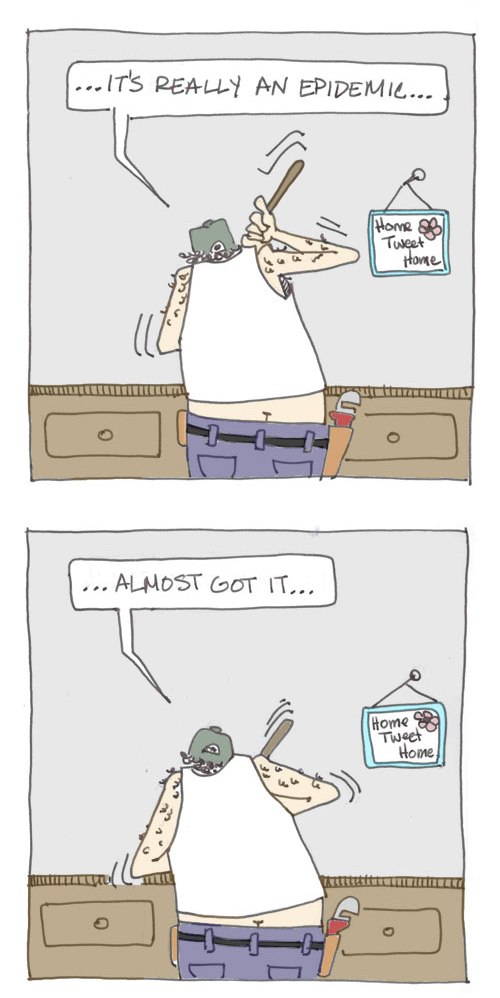 So whether you're getting #followfriday'd to death or you're trying to decipher the near-hieroglyphics in your sidebar, remember that there's actually value in hashtags.

Major kudos to Joe Chernov and the guys at Eloqua for suggesting that I feature a cartoon here. While the concept was mine, it was Joe and his posse who actually brought it to life.
Posted by Scott Monty
Labels: fun, meme, Twitter
at 10:45 PM