I See England, I See France...

I see Facebook's demographics for the top 15 country markets. Okay, so that may not rhyme, but at least you know what this post is about, right?

As always, the source Inside Facebook has an in-depth look at some Facebook demographics that matter. In this case, a look at some international statistics in the 15 largest countries represented on Facebook. I only have information on four of the markets - you have to be a member of Inside Facebook Gold to get the full report. Let's see what we've got for now.

U.S. Statstics
The U.S. market has been widely documented, with slightly more female than male users (57.5%), and a healthy population of users over the age of 25. But as Facebook approaches 500 million users, approximately 70% of them are from countries outside of the United States.

We know the U.S. members are continuing to grow: 4.4 million were added in April, and another 7.8 million joined in May, bringing the U.S. total past 125 million. 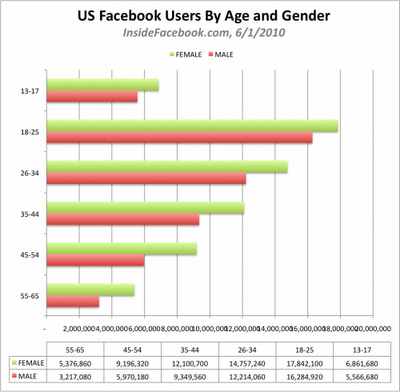 And while women 18-25 make up the largest single demographic in the U.S., it's instructive to note that a full 61% of Facebook's American user base is over the age of 25. 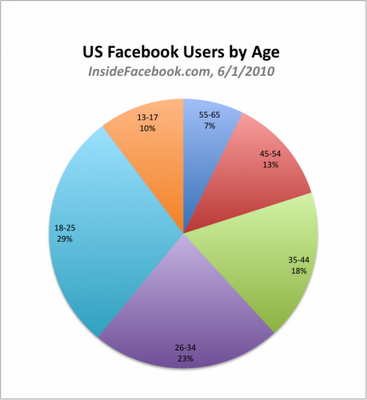 So much for long-held assumptions.


United Kingdom
Let's hop over to the U.K. where, thankfully, we don't need to bring a translator (although George Bernard Shaw once said that we are "Two nations separated by a common language.").  The female/male split is more of an even match, with women taking the lead at 51.1%. 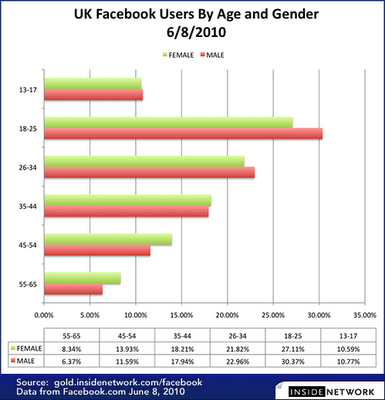 But overall across age and gender, our two nations are fairly similar in Facebook demographics. Perhaps we are just separated by a common language.


Indonesia
Would it surprise you to learn that Indonesia is currently Facebook's third largest country? It shouldn't, as it's the world's fourth most populous country. It also shouldn't surprise you that the country with the largest Muslim population also has a larger male presence on Facebook: 59.2% male vs. 40.8% female. 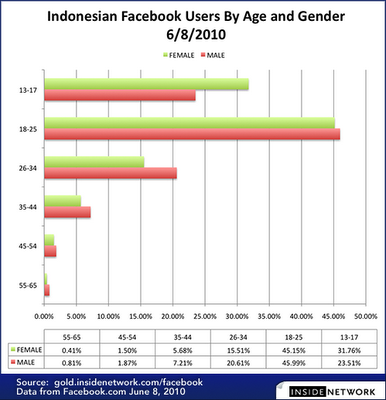 Thinking of marketing something that's more applicable to an older population in Indonesia on Facebook? You might want to think again. 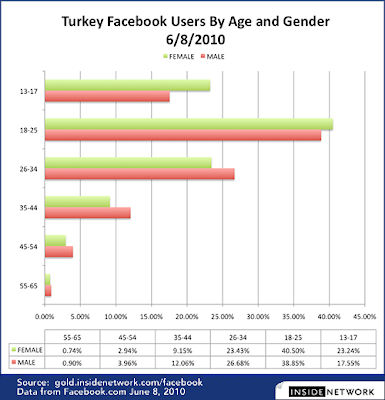 France
Not too surprisingly, when we get to France, we return to data that are more reminiscent of what we saw in the U.S. & U.K. A fairly even split of male and female users, but with just about 50% of users under 25 years of age. The over-35 crowd stands at about 25.7%, which still has a ways to go to equal the U.S.'s 38.2%. 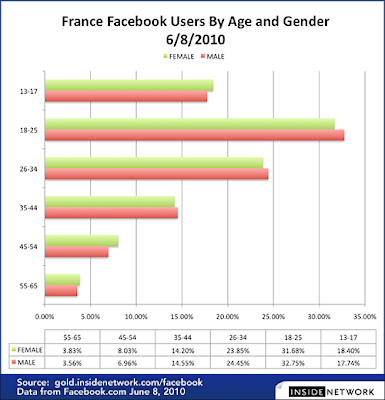 Additional facts
Overall, Facebook's youngest country by demographics is Indonesia, which is also its third largest. It may be a while before we see a leveling out of the age of Indonesian users, but it bears following. Largest userbase over 35, in descending order: United States, Canada, the United Kingdom, and Spain.

What this all means is that you should check your facts and the most up to date information on whatever platform you choose to participate on in the social media space, because it's dangerous to assume that a U.S.-centric approach will work around the globe.