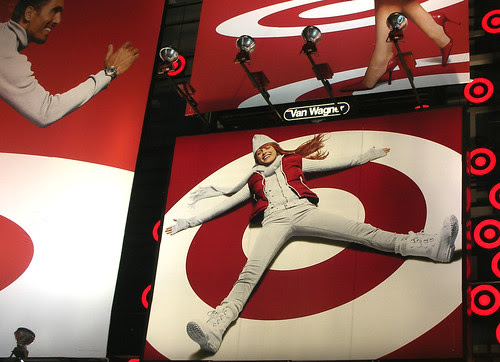 It turns out that it's pretty simple to understand what women want. All you have to do is ask them. Of course, you have to be listening and willing to put it into practice. Having been married for nearly 9 years, I'm no genius at dating; but there are some parallels here that even my feeble brain can pull out.

In March of this year, behavioral targeting company Q Interactive did just that when they surveyed 1,800 female Internet users about the practice of targeted advertising. It turns out that women are actually okay with it - to the extent that they view it positively and actually want more of it.

When faced with an online ad that was closely aligned with their interests or activities, only 11% thought it was "weird," while nearly 66% thought it was "cool." Admittedly, this is when faced with ads from trusted brands. There's no indication how the respondents felt when such targeted happened from untrusted or unknown brands, however.

With the recent uproar about Facebook's privacy policy - or rather their public handling of their privacy policy changes - the trust factor becomes even more important. And that's borne out in the survey, which states that over half of the respondents indicated that trust was a prerequisite to targeted ads.

This really isn't too different from the dating scene, where you want to get to know your partner before you give more information or get more deeply involved.

So once women have been effectively targeted online by their trusted brands, what kind of information do they want? According to the survey, they want more than just your latest bargain or special offer; they want you to get to know them, to share more valuable information, and to have regular and consistent communication with them. Again, pretty much like in real life. :-)

This kind of stuff isn't rocket science   (or brain surgery, for that matter) - it's really just a matter of common sense.

It's time to step away from the algorithm-driven, data collecting, automated approach and to start integrating a little humanity into the process. Through a strong CRM system that hits a number of touchpoints - email, social networks, purchase history, customer service interaction - we can begin to paint a better picture of each customer that allows us to give them a deeper sense of trust and more relevant information.

At the risk of oversimplification, if we can remember how people like to be courted and spoken with in the real world, and apply that formula to how we treat our customers, we might surprise ourselves with some response rates, pass-alongs, recommendations and loyalty numbers that are higher than we've seen in the past. That means more second (and third) dates.

Unless, of course, you're so nice that you end up being the brand that gets the "you're like a brother to me" line.

Are there some other salient points that I may have missed (due to my lack of dating skilz or the hour of this posting)? Or am I completely off base here? Add your two cents in below.