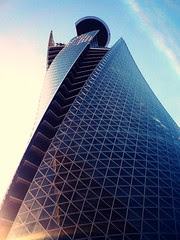 When you start hearing about social media taking up more budget rather than having to struggle for dollars and attention, it's clear that the practice is gaining in legitimacy.

Remember the days of having to gently introduce the concept, or of having to prove that in fact it's something that's a coming trend? We had to deal with skeptics - the same type of people, who maybe less than 10 years ago, doubted that the Internet was going to catch on. And we've had to deal with a struggling economy and limited funding.

Things are a little different now. In fact, you might say that things are actually looking up. I think part of it may be that the tough economy forced marketers to be more savvy and frugal about their efforts, and social media became a natural receptacle for the underfunded. As such, it's grown in stature and maturity, and with the rise of the awareness of social networks in the general public, it's only going to get larger.

Here are a couple of charts from "The CMO Survey" undertaken by the Duke University Fuqua School of Business and the American Marketing Association, as reported by eMarketer:

And since this was a survey of CMOs, it's a good indication that these budget predictions may get some traction, rather than just being a  fond wish of pundits. It's a relief to see something that doesn't resemble a death spiral in this economy.