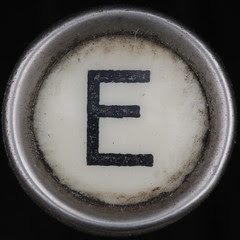 A rather unlikely suspect has been making the rounds lately. And while you may have come to know this blog for covering the cutting edge communications and marketing tools, it may seem odd that this suspect is rather old school.

That's right. Good old email is making a comeback. But it shouldn't be a total surprise - it's not like I didn't warn you.

Every indicator I've seen lately indicate that people still use email as a primary method of sharing interesting news, keeping in touch, and notification - not to mention that it's usually the price of entry for belonging to a social network. In short, for the masses, email still rules.

But aside from these observations, you probably would like some more empirical evidence (in addition to the ShareThis study referenced in the above link). Here are some of the recent developments that make me think that "Silent E" isn't going to be quite so silent any more.

Two weeks ago, eMarketer reported that Social Networkers Still Love Email. In fact as you can see, they love it more than non-social network users. It's partially because, according to the study by Merkle, they use the same email address to receive notifications from their social networks and opt-in email marketing campaigns. As Merkle stated in their press release: "we are seeing consistent social use of the email channel, as well as evidence to support the idea that social networking and email use are actually more related than previously thought."

That's good news: social network users' attention is on their inboxes at almost twice the rate of non-connected emailers.

Email Mash-up
But might there be too much of a good thing? Mashable recently let us know that Facebook is giving users the option get get app notifications in email. Facebook clearly wants to move away from an app-to-user arrangement to a direct-mail-to-user arrangement. On the one hand, users will have greater control over what they receive via email; but there's the potential of inbox overload. The good news is that the heavier users are probably well skilled in how to use a feature like Gmail filters.
Exactly what the doctor Co-ordered
The final bit of evidence in this trio of evidence toward email was the news today: CoTweet Acquired by ExactTarget. CoTweet, which describes itself as "how business does Twitter," (full disclosure: Ford Motor Company, my employer, uses CoTweet), has been making great strides in its service that allows companies to scale social media activities. And ExactTarget is a premier leader in email marketing, and their acquisition of CoTweet underscores how email and the social media space are converging. If ExactTarget is able to take its CRM capabilities and combine them with CoTweet's close relationship with the Twitter management, we could potentially see some wide-ranging implications for Twitter and email marketing alike.

And so we don't end on a completely heavy note, I'll leave you with this topical song by Tom Lehrer.