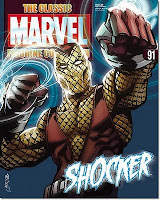 It shouldn't be news to you if you're a student of social media. But it's something I said - probably even more forcefully - to a whole room of agencies and advertisers at the Social Ad Summit a couple of months ago.

Let's face it: no one is on a social network to read ads. They're there to connect with friends and share interests.

As reported on eMarketer recently (via that headline stating the obvious), a study by Exact Target and Ball State University Center for Media Design showed that young adults indicated that as you would expect, word-of-mouth was considered the most effective type of marketing to the 18-30 year-old crowd.

Reachable, but protective
Slightly surprising was that email and direct mail were bigger influencers on their purchasing habits than social networks. Why? Because these are expected marketing channels. But they indicated that SMS, private messages and social networks are considered verboten for advertising. If there isn't at least implied permission, don't even bother showing up with your marketing message.

In other words, just because this media-savvy group is using a particular tool or form of communication doesn't mean it's okay for you to intrude, Mr. & Ms. Marketer.

If you have an opportunity, I recommend heading over to the Exact Target web site and downloading the October 28, 2008 white paper Messaging Behaviors, Preferences and Personas. There are some fascinating observations there about the habits of a number of personas: wired, retirees, teens, young homemakers, college students, and established pros.

Are there unwritten rules of engagement that you operate by in your preferred communications channels? Let me know.