Taking the "Me" Out of Social Media 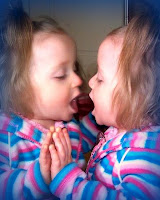 If you've spent any time reading marketing & social media blogs, you may have noticed a common trait that each of the authors share: we love to talk about ourselves. I don't know if it's because I read a lot of material in this space, or if it's just because I'm too close to these people, but it's gotten to the point where it's bordering on egotism, hubris and narcissism.

It's an ugly accusation, but not one that I make lightly. But I'm tired of seeing social media bloggers focusing inward. Whether it's a laundry list of the latest appearances, self-referential links to previous entries in the blog, or thought leadership that feeds an overinflated ego, their sites become a great monument to...themselves.


I'm not going to name names (because I don't want to embarrass anyone, and partially because I'm probably just as guilty as the next guy), but I do want to raise an important point about social media - a point we try to make clear to companies all the time. No one cares how many followers we have on Twitter, they're not interested in our blog statistics, and they probably don't like gratiuitous name-dropping.

News flash: social media is less about you than it is about the other guy.

Listen up
The first rule that social media consultants/experts/gurus/whatever-you-want-to-call-them will tell companies is that they need to listen. "Understand the communities you wish to be a part of," we tell them, "and then you'll be able to participate with credibility." Old school marketers wonder about their message, and how it'll be conveyed, essentially asking, "What about me?"

Karma works
Recently, David Armano (a fellow blogger whom I've admired since the early days of my own blog) wrote about karmic marketing. The essence was that if you truly want peoples' attention, you need to give before you get. 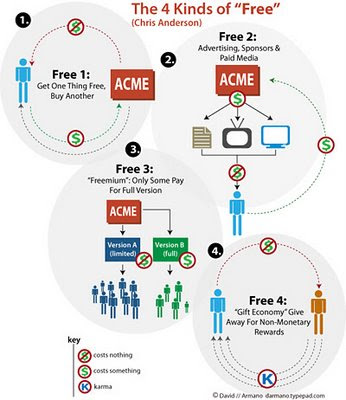 Building a relationship with your customers really isn't that much different than having a relationship with another person in real life - the best ones are based on each party giving to the other. When you feel like you're not getting something in return from your partner, you're more likely to withdraw; but when you sense that your partner is giving freely of themselves, you'll reciprocate.

I'm reminded of a cranky old couple from my childhood days. My grandparents always had a variety of friends at their house, whether it was for coffee, chats in the shaded driveway in the summer, or at parties. There was this one couple that never seemed to be happy, and I'll never forget what the wife said: "We have the perfect give-and-take relationship. I give, and he takes."

Learn from the best
I've already mentioned Dave's article. But there are many more people who go out of their way to be generous with praise for others, keeping the main focus off of themselves. These are people who share links in their blogs or are active on Twitter, suggesting great sources of information that we can all learn from, and they do it in such a way that you can tell it's part of their DNA. Here are some examples:

Aaron Strout (@astrout on Twitter) recently announced that he was leaving Mzinga - and this is a guy who was so prominent and active in the social networking space that he was Mzinga - and he made a great list of suggestions, including one where he made it a point to encourage people to spend time on other blogs and to get beyond themselves.

C.C. Chapman has a larger than life personality; he's impossible not to like. I think one of the biggest reasons is because of his natural curiosity and his gregariousness. Together, they result in someone who is always learning and always sharing, and as a result, is always admired.

Chris Brogan's star has risen fast, and it's for a number of reasons: (1) he churns out content at an amazing rate; (2) he's everywhere, attending more conferences than you knew any single person could attend; (3) he is extremely generous with his time, his advice, his praise, and his discoveries. When you add to that a self-effacing and affable personality, what's not to like?

Becky McCray may live in a small town in the Oklahoma panhandle and write about small business, but her ideas are as big as her heart. She instituted a regular feature on her blog that proves it. Each Friday, she creates a post called the Brag Basket where she encourages anyone to share something they're proud of, whether it's their own accomplishment or something that a friend did.

Mack Collier is a blogging consultant who knows his stuff. And in addition to reviewing corporate blogs, he performs a service by listing the Top 25 Marketing & Social Media blogs, and he calls out some of the people he sees as up & comers.

As I said, these are just a few examples off the top of my head. But it's clear that each of of them, by ensuring that they heap praise on others in addition to sharing their own knowledge, are providing more value in the long run. I hope I can reach their level of selflessness as I continue to develop this blog.

I've been long overdue in this matter, but in some future posts, I'll be sharing some interviews of some of my Twitter community that showcase them. There are some really cool & interesting people out there that I think you should know. Stay tuned.

In the meantime, do you know any bloggers who go out of their way to praise and highlight the work of others? Drop a note here an let us all know.