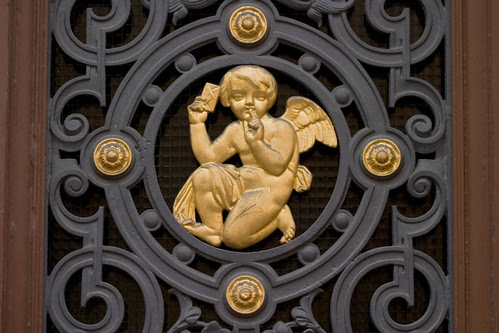 I don't know if it's a trend or if it's a clever way of handling a word-of-mouth (WOM) campaign, but I thought it deserved at least a passing mention.

There have been a couple of outreach efforts lately that have encouraged the comments of online influencers, but have requested the influencers to avoid mentioning the product being promoted.

When I was at crayon, this is the approach that we used when we encouraged 25 influential bloggers, podcasters and authors to use ooVoo. We wanted the technology to simply enable their conversations, rather than to be the focus of it, so we told them there was no requirement to talk about ooVoo, but instead, they should avoid it. The hero was conversation, not the client or the product.

I recently learned of Lenovo's sponsorship of the Summer Olympics that incorporates 100 athletes blogging about their experiences under the title "Voices of the Olympic Games." Ogilvy's Digital Influence group recruited 100 athletes from more than 30 sports and 25 countries, gave them all a Lenovo laptop and Flip camera and helped them to all start a blog or continue their existing blog, chronicling their experience at the Beijing Olympic Games.

Ogilvy/Lenovo let the athletes know that there is no requirement to post positive opinions about Lenovo. The aim of this outreach, according to Rohit Bhargava, SVP of Digital Strategy at Ogily, is "to offer our technology to help them share their voices just as Lenovo is providing the technology to power the Athlete's Village at the actual games in Beijing."

As long as the influencers disclose any relationship with sponsors, I think this is a solid and unobtrusive way to execute some WOM campaigns.