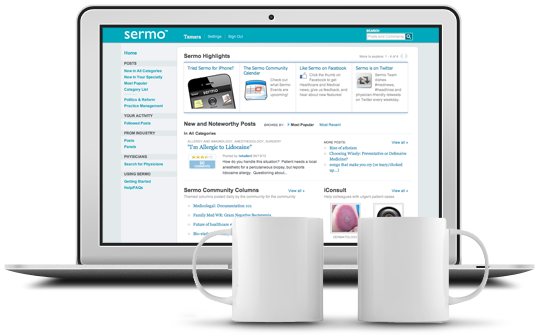 Whoa, whoa, whoa. Hold on a minute. This is potentially groundbreaking news.

The time may have come for pharma to break into the social media world. News is that Pfizer is teaming up with Sermo to create a social networking site.

Those of you who know me know that I've got a good deal of health science background - pharma, biotech, medical device and healthcare experience - and that I talk quite a deal about how pharma is missing out by not embracing social media. I recognize the inherent pitfalls; in fact, I've written about the challenges in using social media in a highly regulated environment and suggested an approach for a niche medical device maker,

So the question with the Pfizer announcement is: how did they figure out a way around the lawyers and regulators and create a social network?

The answer lies in their audience. Recognizing that the direct-to-consumer model is laden with legal statements that require a two-page buy in print and a 60-second spot on television, pharma is now figuring out a way to improve on the model is seemingly invented: the sales call on the physician. They're moving back to their b-to-b roots.

Trying to secure a 2-minute appointment with an already time-crunched physician, only to bark out some data points and leave behind a handful of free pens and samples - that never appealed to me, either as a potential job or as the proper way to interact with a customer. This model doesn't allow for the salesperson to use one of the most valuable tools they have: their ears. And Sermo themselves listened to their community. According to Sermo's CEO, physicians on the site started asking for the industry to communicate with them in a medium more convenient than sending sales people to their offices.

With the Sermo partnership, Pfizer gets access to Sermo's 31,000 licensed physicians and can interact with them directly. While the users in the network remain anonymous, Pfizer doctors who ask and answer questions are identified as being from Pfizer. The upside? The Wisdom of Crowds comes into play and the community calls out a biased post or comes to the defense of a peer. And a large population of physicians gets the same message at the same time.

The one thing I'd be interested in tracking is how this plays out with the lawyers and regulators. Will the FDA demand (and be granted) access to the network? I don't think it's such an unreasonable request. They should probably be added as members who can observe, but not participate in these online discussions.

I applaud Pfizer and Sermo for creating a way to open the door to social media for the pharmaceutical industry. Let's see how this arrangement goes and see who's up next.