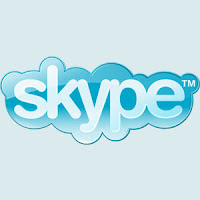 I've got to hand it to the folks over at Skype. Just when I thought they were digging their own grave by being slow to respond to a crisis, they managed to do the right thing.

If you aren't familiar with Skype, it's VoIP (Voice-over Internet Protocol), or simply phone service via the computer. Skype is one of the leaders in the field, typically serving about 8 million customers at a time. They were acquired by eBay in late 2005 for $2.6 billion, which raised quite a few eyebrows at the time.

Last week, Skype experienced a catastrophic and near-complete outage from August 16 to August 18. Many people (myself included) who rely on Skype for a main phone line were stranded, podcasters who were planning on using Skype to record a phone interview were out of luck. And worst of all, it was a good 12 hours or so before Skype communicated anything about the outage to its customers and the public. Let's just say there was some hyperventilating going on.

How did they redeem themselves?

Well, once Skype got the hang of giving updates on the Heartbeat Blog, they did it fairly regularly and were quite forthcoming with details. Every two hours or so, they'd fill us in on the process and answer questions. Let's call it regular breathing.

But people still wanted to know what cause the problem. Finally, on August 20, Skype gave some context around What Happened on August 16. Evidently, there was a significant Windows update on Thursday that caused many Skype users to reboot and login to Skype simultaneously, and it was a drain on the servers.

And then, on August 21, Skype was quick to note that they weren't blaming Microsoft: they explicitly stated "We don’t blame anyone but ourselves." Whew! The lawyers must be breathing a sigh of relief. Then they outline what they learned from the incident and that it will not likely happen again. It's good to know they're now trained in CPR.

Finally, "The people at Skype" sent an email (yes, that's exactly how it was signed) stating their abject apologies for the outage and acknowledging (or groveling?) that they are nothing without their customers. But more than simply trying to flatter their customers, Skype made sure they'd be willing to come back:

When the unexpected happens, it's important to remember the people who stuck behind us and whose loyalty humbled us. I want to thank everyone for their support, patience and being part of the Skype community. And for those of you who missed out on using Skype last week - I want to especially thank you as well.

As a goodwill gesture to all you faithful Skype Pro, Skype Unlimited, SkypeIn or Skype Voicemail customers, we're adding an additional seven days to your current subscription, free of charge. And even if you didn't miss out on using Skype last week - you can still have a week free on Skype, on the house!

Not bad, not bad at all. It's heartening to see that they did the right thing. It's just too bad it took them so long to get their act together. I'd expect a little more out of an eBay company, wouldn't you?