Menu
Home » Advertising » books » Marketing » social media » What Can You Do About the Reputation of the Ad Industry?

What Can You Do About the Reputation of the Ad Industry?

Stanley Bing has a pretty comprehensive list of 50 Bulls**t Jobs. These are a subset of his larger work - a book (what every aspiring A-list blogger needs) called 100 Bullshit Jobs...And How to Get Them

I knew I should have been ready for the worst when #1 started off with Advertising Executive:

$$: Ground-level workers with writing ability move quickly to the top, immediately snagging low to mid-six figures; those who can spin mythological concepts surrounding quotidian household objects can command up to seven figures.

The upside: Great expense account living, see your handiwork everywhere, the wonderful feeling of being creative and corporate at the same time.

The downside: Must take meetings with the AFLAC duck.

The dark side: You're considered a dinosaur at forty.

I already knew the profession doesn't command a lot of respect; Bing's assessment crisply underscored it. But then we got to #25: Executive Vice President, New Media and I knew the jig was up. As Bing puts it:

The upside: As long as the bubble is full, you're golden. And there's never any need to prove yourself with real results, because people don't want that, they want simply to feel that there's somebody thinking about all of it, and that's you.

The downside: Hard to see if there is one. Whatever it might be, if you're a really good bullshitter, and I know you are, it will take ten years to discover it.

The dark side: Your entrepreneurial friends in this area, who have the courage to push the envelope on the outside of corporate life, are now multitrillionaires. You are slogging along on less than a million a year.

Uh-oh. These two categories represent my current job and the job I'm looking for. To be in the company of Crumber, Feng Shui Consultant and Boulevardier is a little scary.

All kidding aside, Friday's Wall Street Journal ran a column by Daniel Akst titled False Advertising, with the honest admission of a subtitle, "Pop culture has rarely been kind to the heroic ad man." Akst took up the subject matter after reading Joshua Ferris' novel Then We Came to the End

But the Ferris novel is only the most recent example of the lumps that the advertising profession takes; this grand tradition dates back 60 years to the book The Hucksters and countless movies and television shows that inarticulately, inaccurately and inanely portray advertising executives. And it wouldn't be a commentary about fictional admen if the Executive Doofus himself, Darrin Stevens, didn't get a mention. What was he exactly, a creative or an account guy? 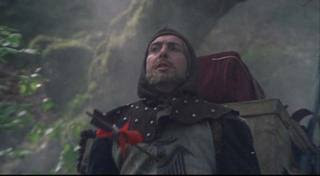 "Message for you, sir."
It's so easy to use the advertising executive as a scapegoat. Advertising appeals to our emotions. "Damn those manipulative admen! They made us feel the emotions that would make us buy more stuff!" Forget about free will or self-control. It's easier to blame someone else.

Case in point: the Boston Globe ran a story last Wednesday that claimed advertising is taking the blame for pediatric obesity. I had two major problems with this article:
The point is that advertising has a poor reputation (shock!). Based on Mr. Bing's list, it would seem that new media is going the same way. But with transparency as a hallmark of new/social media, it would seem the perfect opportunity to marketers to redeem themselves. After all, here are some positive developments made possible by new media:
The ball is in our court. We have the power to change public opinion by giving them more of what they need rather than more of what we think they need. If anything, we need to treat them with more respect.

But in the meantime, let's hope the public doesn't shoot the messenger.