What's the Deal with the GooTube Deal?

A lot of people have been asking about the value behind the $1.65 billion that Google paid for YouTube. Why would Google pay that much? Isn't YouTube going to be sued? What did Google really get for its money?

An article in Fortune makes the case that GooTube is in good shape, no matter what happens to he broadcast TV market: 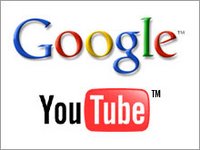 Sure, all you can see on YouTube right now are relatively short, low-resolution clips, but if you imagine a day when we have much fatter digital pipes into the home, you realize that "feeds" à la the YouTube model are a much better and more gratifying way to consume video than the cumbersome video-downloading services operated by Apple Computer , Amazon.com and others.

Even if the future takes a while to get here, Goo-Tube wins. Google's interest in the video-sharing site has a lot to do with its belief in the staying power of conventional broadcast television and cable. YouTube gives Google a platform where TV advertisers can test and tailor campaigns.

With regard to the lawsuit claim, evidently YouTube is in good shape. Just before the deal was made with Google, three of the four major music companies struck a deal for a stake in YouTube. They stand to gain $50 million from the deal, which effectively shields YouTube from lawsuits.
Posted by Scott Monty
Labels: big media, social media, Video
at 9:02 AM