I first took a look at Second Life about four months ago, when I created an identity and promptly didn't do anything with it. Frankly, the concept of creating a persona in a "meta" universe just didn't do it for me - it was too similar to Dungeons & Dragons.

Lately, I've been hearing about Second Life at every turn: advertisers such as Toyota, Sun Microsystems and Wells Fargo are turning up there; Leo Burnett just added a presence, evidently to link their creatives and to better understand the space. 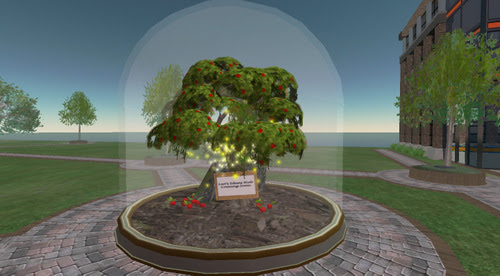 What's all this about, then? Real entities setting up shop in a virtual world? I suppose it's the next logical step from MySpace, in which it's a two-dimensional world. Second Life, in short, could be considered a mashup of MySpace and SimCity. Take the social networking aspect of the former and combine it with the ability to create something physical in the latter, and you've got the setting for unlimited advertising.

The Economist does the subject a bit of justice with Living a second life.

I think it's a little early to expect masses of people to create critical mass on Second Life, especially with so many other forms of social media that are easier to understand and implement. I can see the future potential of a BtoC advertising presence. At this point it's tough to see a strong BtoB application. One might be a life sciences company setting up a virtual call-in site or center of excellence for customers to interact with their experts for advice.

But mainstream this is not. Let's face it: some individuals are still striving to get a first life.
Posted by Scott Monty
Labels: Advertising, b2b, social media, tools
at 11:41 PM